What is the Difference between a Beach Towel and Bath Towel 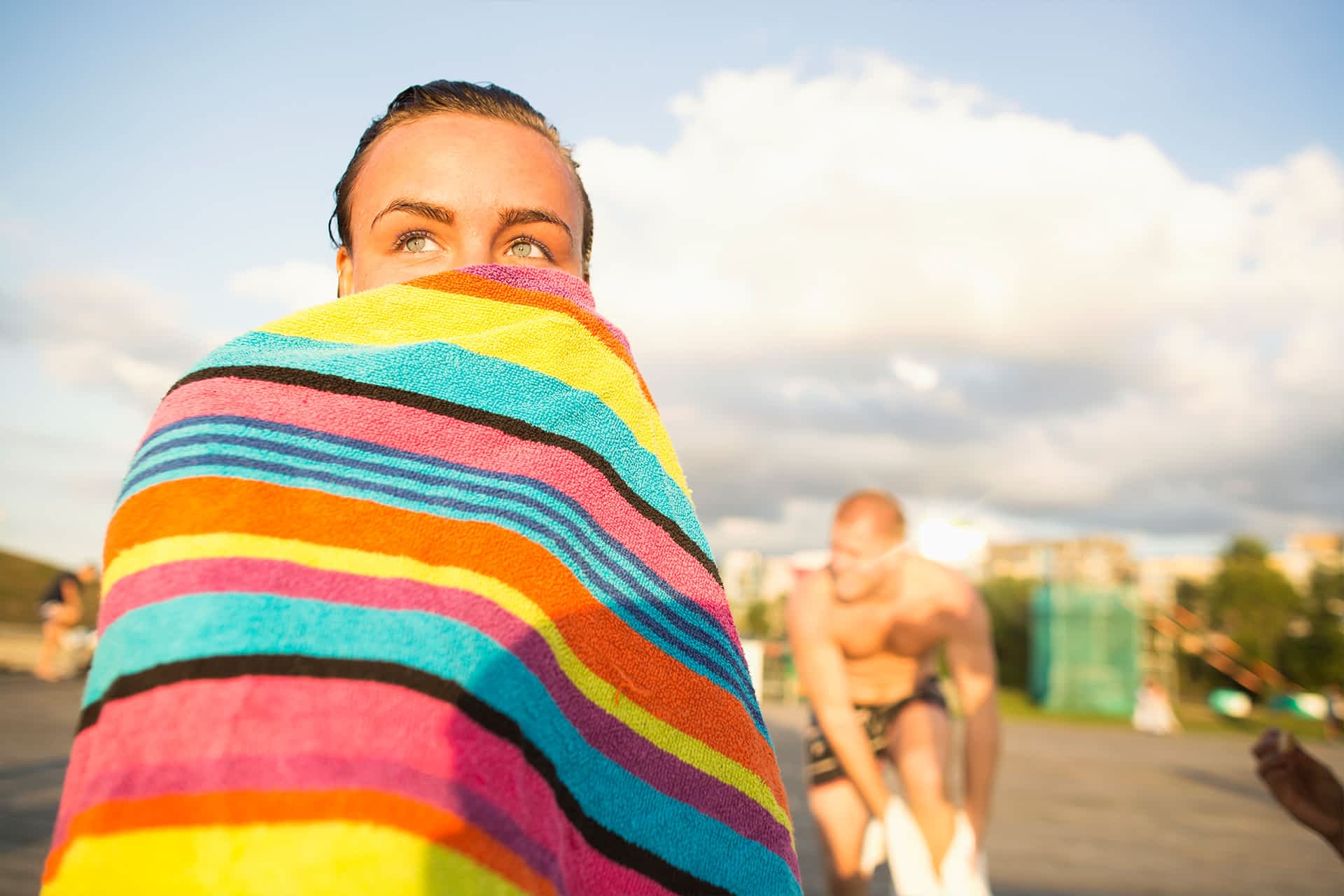 In this article, here’s everything you should know about the two different types of towels. So let’s briefly discuss the difference between a beach towel and a bath towel.

Beach towels are exclusively designed for use on beach and pool sides. These are oversized beach towels and are ideal for a day at the beach. These towels are also used specifically when lounging on the poolside. On the other hand, bath towels are traditional towels. These are widely used everywhere, such as hotels and home bathrooms.

A bath towel is different from a beach towel in terms of but not limited to thickness, functions, size and appearance, cost and absorbency, etc. There is a lot more that you need to look for! If you own a resort on a beach or own hotel business and if you don’t own any business but want the highest possible experience read the article below. It will help you select the right towel for your beach and home.

What is the Difference between a Beach Towel and Bath Towel? Everything You Should Know!

Here’s the comparison between beach towels vs. bath towels. Look at what is the difference between a beach towel and a bath towel which you may not have considered before.

In the bath, luxury is thicker bath towels! Thicker is better for bath towels. A bath towel is specifically developed to dry off the moisture after a hot shower. A thick bath towel has more density to absorb more water so that the body does not stay wet for long. However, beach bath towels are a bad idea! Beach towels tend to be thinner because thinner towels do not get wet easily. Thicker towels are good for baths but it is a big deal for the beach. Beach towels are thinner, they can dry off quickly and the best bet is for a sit-upon blanket to provide a barrier between the sand and your body. So beach towels need to be thin, to quickly dry in the sun whereas, bath towels are supposed to be thicker, the better!

What is more attractive! Well… keeping in mind the water-front setting of a beach a seasonal beach towel is specially designed with reflecting patterns and bright colors to make us feel that strong vibe! Patterns may vary from cartoons to graphics to neon and textures. A bath towel, in contrast, is mostly found in solid colors because they and in patterns that contrast the decor and accessories of a bathroom. So colors and patterns are different for different settings!

Same Sides or Different – Which has one?

Here is the most considerable feature that distinguishes a beach towel and a bath towel. This is why you can’t put a regular bath towel in your beach carry. The answer is simple! Because they are different. A bath towel has a similar design on both sides and both sides function similarly. It’s an ordinary towel. What do you think about a beach towel? Beach towels are unique because they consist of two different sides. One side is sand-repellant and the same side is non-absorbent – this side is actually a barrier between your body and the sandy sea. The opposite side is soft and absorbent which is non-repellant to sand. It performs the quickest drying and gives a rich softest, plush feel to your skin.

Cotton or Linen – How They Are Made Of?

It’s like saying cotton bath towels vs. linen beach towels. Yeah! This is the difference. Bath towels tend to absorb moisture as much as they can and for this purpose cotton is the best choice of material. Cotton is the main material used in the manufacturing of a bath towel. Cotton has the ability to soak moisture and offers a toasty warm plush feeling. Beach towels – they are made of linen. Linen dries off quickly. That is what a beach towel is meant for. Bath towels absorb, beach towel dries!

The jack-of-all-trades is beach towels! They are strong, resilient, sturdy, yet delicately soft a perfect towel for everything. Beach towels are constructed with special yarns and fibers that can withstand the conditions in which beach towels are kept. They protect the direct contact of skin from hot sea sand and allow to stomp in them and enjoy beverages and food items which often left stains. Beach towels often get oily stains from moisturizers and sunscreen. They absorb a lot of moisture content and provide comfort and ease. Bath towels, on the other hand, cannot bear enough beating. They offer what they can do! If they are put into something like a beach towel they would probably be trashed or used for desktop cleaner.

Which has the Longest Durability?

This is quite an interesting fact. You know, towels often lose their plushness after several washes. The fibers tend to lose their soft texture and the luxury won’t last for long. It is because towels are already retaining a great amount of moisture every single day. They are durable enough to maintain their fluffiness even after the daily bath. Beach towels are not used often, they are used seasonally or every now and then, and due to the beach elements it has within it – beach towels become can feel plush if they are washed after every use. Hence it can be said that beach towels, for a fact, are more durable.

Bath towels come in all price ranges – like beach towels! Yes, the only difference that matters is the quality of the fabric used and the luxury of the beach towel. Other than that, bath towels are usually bought in sets – a pair of 2 or 4 (including hand towels, or washcloths). Beach towels are sold individually hence they feel like they cost more! High prices do not mean a better towel. Bath towels are usually less costly because they are standard and used commonly all year-round.

To sum up, what is the difference between a beach towel and a bath towel? – So a beach towel is thinner, light-weighed, colorful, durable, and an all-purpose towel best for beach use. A bath towel is thicker, heavy, comes in solid colors, and smaller which tends to perform one task only! Use bath towels to get the moisture to absorb and beach towels to dry, sit, and comfort… at the beach

Previous Post
What Is A Standard Pool Towel Size? – How to Choose the Best Pool Towel
Next Post
Can Cloth Towels Spread Germs. Things You Need To Know