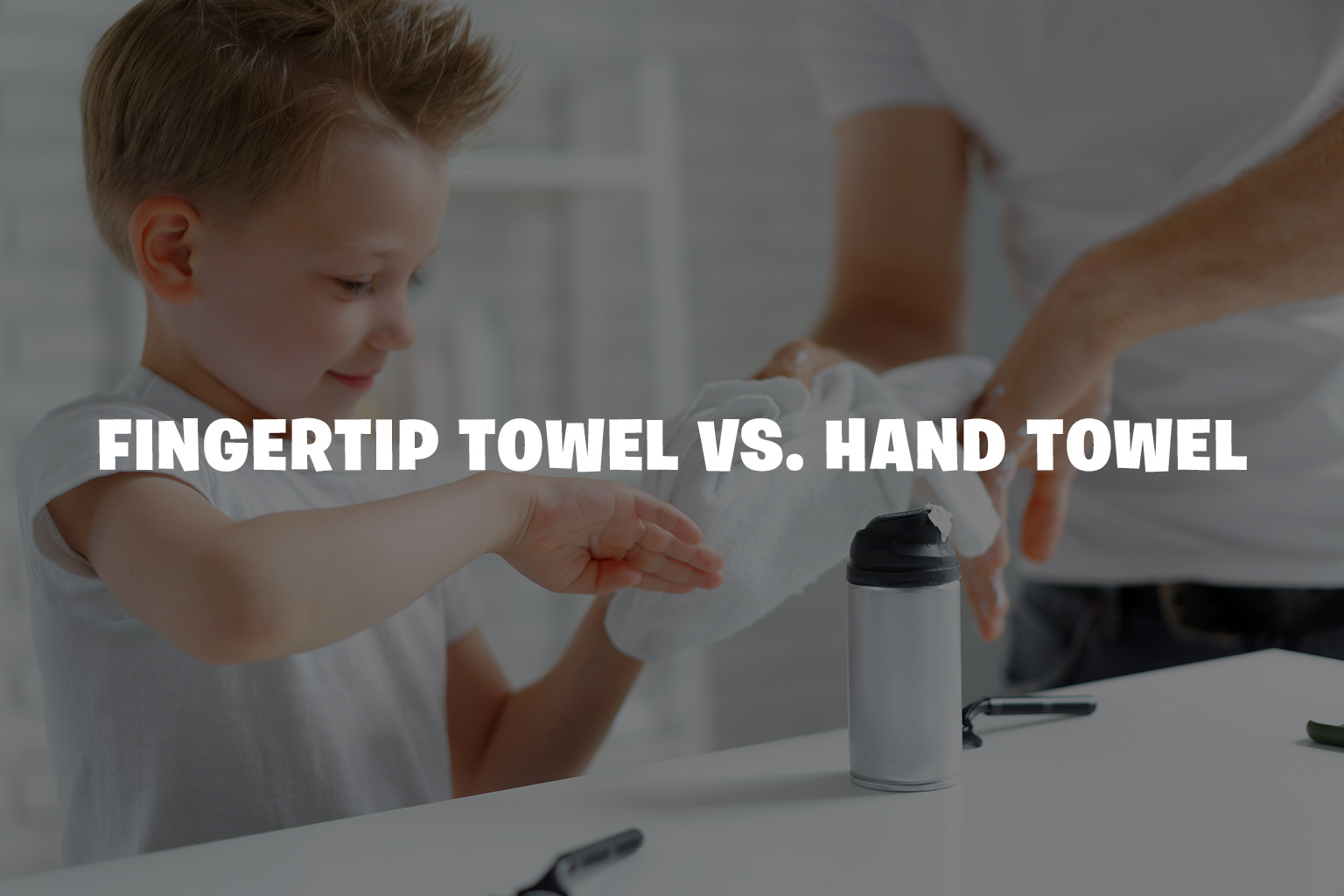 The market is full of different sizes and types of towels ranging from bath sheets and bath towels to fingertip towels, guest towels, and hand towels. So it can be perplexing to keep track of all their uses and which one to buy for what. Of all the various kinds of towels, a fingertip towel vs a hand towel can be the most confusing because they are almost the same size and have the same function.

But these types of towels offer a specific purpose, and both in-home and in offices, it is excellent to have a lot of them available.  This segment will discuss fingertip towel vs. hand towel details and explain all their uses and differences.

What Is The Difference Between A Fingertip Towel And A Hand Towel?

Hand towels are mostly seen near any sink, either in the bathroom or kitchen. Some people fold hand towels and put them near the sink or hand them from a towel ring or bar.

The dimension of the hand towel is 16” to 18” inches in width and 28” to 30” inches in length. Hand towels are much smaller than bath towels, but they are comparatively larger than washcloths and fingertip towels.

Hand towels are made with strong yet soft fabric that withstands frequent washing and use. The dimensions of a fingertip towel are 11 to 18 inches. They are smaller compared to hand towels but bigger than the washcloths. Fingertip towels have a more decorative function, and they are fancier.

Note: Don’t forget to also check out how you can Wash Microfiber Towel

Hand towels are usually found near the sink, so they can be placed in kitchens and bathrooms to dry the hands after washing your hands. Although fingertip mostly has a decorative function, they are also used to dry your hands.

The fingertip towels are available in different fantastic styles and colours with great designs, and they come in a matching set with other towels. They can be used as hand towels to dry hands after using the bathroom or kitchen. They can also be placed near the sinks.

What Are Fingertip Towels Used For?

Fingertip towels are delicate and small towels usually seen in upscale hotels and restaurants and during fancy dinners. They used to be presented with the water bowls used for washing their fingers before and after dinner. But now, they are pretty standard in every household.

What Are Hand Towels Used For?

As the name indicates, hand towels are used for drying the hands after washing or something. These towels are more miniature than bath towels, and they are essential in bathrooms and kitchens. They are ideal for drying your face after washing and wiping the face. Be careful to use a clean towel.

When it comes to the material of a fingertip towel, it is usually made of cotton blend or cotton because cotton is the most moisture-absorbing material. Hand towels are also made with standard cotton. Various types of cotton are used to manufacture hand towels kike Turkish cotton, Egyptian cotton, and Xinjiang cotton.