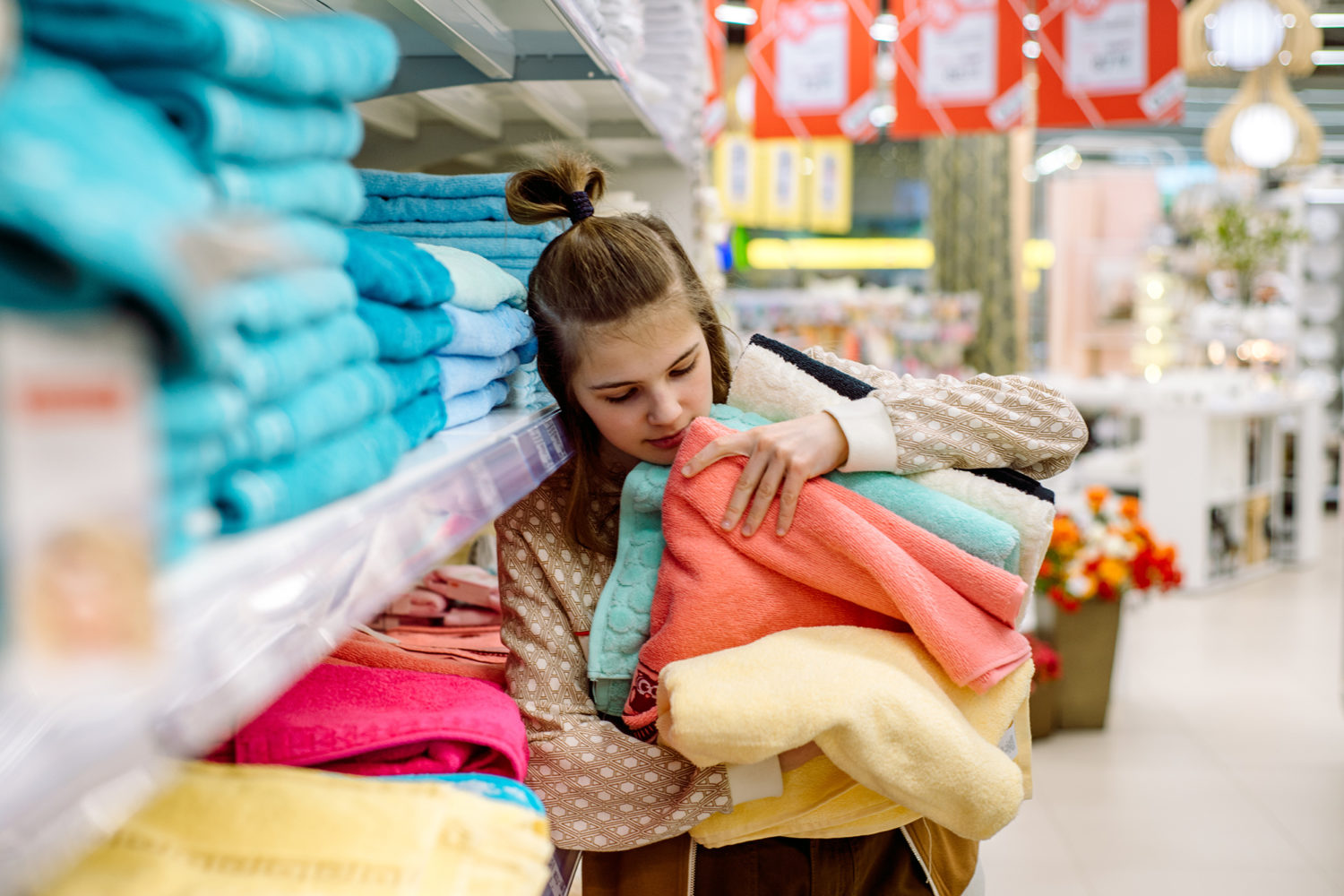 We are also pleased to let you know that we are in the process of tabulating our recent financials for 2019 and will be taking a very measured but achievable approach in becoming “current” in our filings with the Securities and Exchange Commission.

The company is currently in the process of compiling the financial statements for the entire 2019 filing period which should be done in the coming weeks. Once completed they will then be sent to our auditor for subsequent review, certification, and then Global Fiber will proceed with the filing of the 2019 10-K.

During this time, we would expect to come to a mutually acceptable arrangement with our convertible noteholders on favorable terms.

Once completed we will then be current in our reporting requirements and then we will proceed to have the STOP designation removed at OTC MARKETS.

The company has discussed its approach with both the regulators and OTC MARKETS and we are confident that our approach is both achievable and acceptable. Ultimately, Global Fiber is looking to become a fully reporting company in the not too distant future.

Each license has a different nuance so sales efforts are guided by these distinctions.

Yungblud: We expect to start our push into the world of music merchandise soon, which will be triggered by our relationship with Bravado/Universal Music and Yungblud.
We just received via DHL the concert tour wear from Yungblud’s 2019 sold out “Underrated Youth” Tour.
We now will begin the process of creating a special series of Yungblud collectables for his millions of fans and expect to start pre-sales as soon as we have our samples approved by the Yungblud team in early first quarter 2021. Our expectations to create potentially substantial sales has never been higher. The Yungblud team is extremely committed to making this series of highly unique merchandise a resounding success.
To augment our combined marketing efforts, Yungblud has made a video speaking about: The articles of clothing that he is giving to Authentic Heroes from his 2019 sold out tour, the War Child charity, and his relationship with Authentic Heroes.
The video will soon be distributed to his millions of followers on YouTube, Instagram and Twitter, making them aware that there is something special coming. It is our opinion that this unique approach of addressing your fan base will drive significant traffic for the sale of these “one of a kind” collectables.
Brett Favre: One of the most important parts of our value proposition is the credibility factor. The ability to create a one of a kind jersey, while also getting the approval of the player, speaks volumes.
In the case of Brett Favre, we will be delivering 51 jerseys in early December. The significance of the first 50 is that they will be signed by Brett Favre and used for marketing and building relationships with sports bloggers, influencers, charitable giveaways, and contests.
Brett will keep the 4th jersey in the series, which is the number he wore on the field. Next, he will make a video of himself putting on the Authentic jersey while speaking about the significance of the original jersey he gave Authentic. He will discuss the jerseys that we created from his original game worn jersey, the Greater Good Fund charity, and how Authentic Heroes ties it all together.
Brett will disseminate that video to his 1.5 million followers on Facebook which will be followed up by a social media marketing effort launched by Authentic Heroes as well.
Warren Sapp: In December, Warren Sapp will be giving Authentic Heroes his Pro Bowl Jersey from the 1999 season when he was defensive player of the year. Authentic Heroes will then proceed to make a limited series of jerseys. We have already finished the artwork for that jersey through a commissioned artist and are waiting approvals from Warren’s management, which we should have shortly.
Warren, like Brett Favre and Yungblud, will be making a video speaking about the 1999 season, the War Child charity and how Authentic Heroes ties players, fans, and charitable contributions together for the greater good of all the parties. Warren will post that video to his 1.1MM followers on Twitter and will also be followed up by a social media marketing effort by Authentic Heroes
Run DMC: We are working with Bravado, the merchandising arm of Universal Music, to find “photo-matched” articles of clothing from prior concerts that we can create authenticated merchandise from. We expect to be updated shortly by Bravado so we can bring the Authentic Heroes experience and collectable merchandise to the massive fan base of RUN DMC.
Lastly the Company is also in the process of negotiating several other major licenses in the areas of social media influencers, sports, and music. We will continue to develop a portfolio of significant commercial opportunities that will add significantly to shareholder value now and into the future.

ECOTEK 360 is working diligently towards reaching the critical point where it can fully commercialize its proprietary technologies for the rejuvenation of corporate uniforms, products for hospital and healthcare industry, as well as products for the hospitality markets.

Our pilot line has produced excellent results to date and we are now getting closer to the point of being able to create game changing products that can help ameliorate the need for dumping or incinerating end of life textile waste.

Our sample fibers have been examined by a potential manufacturing partner, which has brought us to a point where ECOTEK 360 is now actively exploring the potential for a joint venture with them overseas as well as here in the United States. The nature of the relationship is one where we bring our core technologies and trade secrets as part of a brand new joint venture and manufacturing facility to create products for the retail market.

We are in the earlier part of these negotiations but we feel that there is a very strong interest on the part of the potential joint venture partner and we are very confident in our ability to deliver the type of fiber that can truly augment their current business model and the typical business model of the 100’s of companies in the textile recycling business.

In the last few days we have also run fiber for a hospital system on our pilot line and got back excellent results. We expect to move the needle on this potential relationship over the coming months as we create final end user products for them. We feel confident in the potential for orders of our rejuvenated products to follow.

We realize that shareholder value is tantamount to everyone. To date, we feel that the most recent market for our common equity does not at all reflect the potential that both Authentic Heroes and ECOTEK 360 have. We have made significant progress and major breakthroughs in both subsidiaries and unfortunately the value proposition for each is mired and buried under the Global Fiber Technologies umbrella.

Global Fiber Technologies, the parent to both companies, is exploring several options to optimize the value of Global Fiber’s common stock price.

Once fully reporting, and as the stop sign is lifted, we will hopefully see a marked improvement of Global Fiber’s common share price. There will be significant opportunities coming to both Authentic and ECOTEK and they need to be financed at some point in the not too distant future.

The company is looking to keep dilution to GFTX shareholders to a minimum while attaining the financing necessary to monetize the upcoming opportunities. The value of GFTX shares will weigh heavily in our decision on how to finance those opportunities.

Given the fact that sometimes share price does not respond to performance, creating the need for alternative financing is something we need to consider.

We are currently exploring the option of taking both the ECOTEK 360 and Authentic Heroes subsidiaries public through the advent of a REG A+ offering or other options if they become available.

Both of these valuable subsidiaries are currently sequestered under Global’s holding company umbrella and devoid of any value whatsoever.

In the event we take one or both subsidiaries public in 2021, there will be a separate trading market for each subsidiary on OTCQB or possibly OTCQX depending on the size of the offering.
Global Fiber will still maintain the “controlling interest” in both companies, allowing Global Fiber to consolidate the financial performance of each subsidiary on its own balance sheet and profit and loss statements
If one or both of the subsidiaries were to be public companies, the value of Global’s investments in both subsidiaries would be recorded not at the “lower of cost or market” as they are currently, but potentially at “fair market” value creating a substantial increase in “shareholder equity”
Coupled with the potential increase in shareholder value we would also be avoiding the inherent dilution that could go along by trying to capitalize both Authentic and ECOTEK 360 by selling equity in an undervalued GFTX.
There are several smart and potentially deliverable options on the table and we will keep deductively exploring which option works best for Global Fiber shareholders

We already have a relationship with an investment banking firm to start to exploring the option of maximizing shareholder value thru creating separate public markets for the Global Fiber subsidiaries and will continue down that path as we move into 2021.

There is a lot of workload in front of us and we want to let our shareholders know that the management and board of directors is fully committed to making Global Fiber Technologies Inc., a game-changing company in its areas of endeavor.

We continue to work very long hours and continue to invest out own monies where needed. We do not take salaries or loans and are “all in” on making 2021 and beyond great years for Global and its shareholders.

We hope this sheds light on where we are where we are headed and we look forward to communicating our progress to you in the not too distant future.